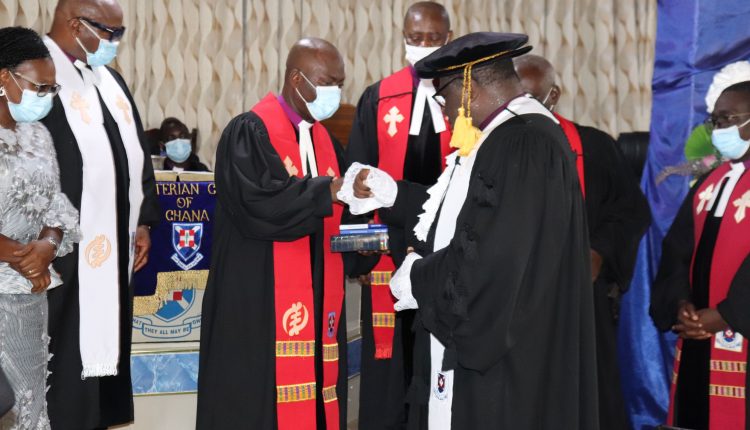 Reverend Fiifi Foh Arkhurst, was inducted into office as the new Chairperson for the Central Presbytery of the Presbyterian Church of Ghana, at the Ebenezer Congregation at Agona Nsabah on Sunday 10th October, 2021. 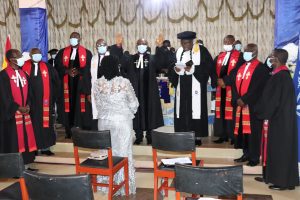 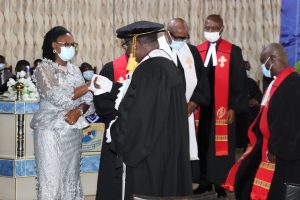 The Moderator in his sermon advised the new Chairperson to allow himself to be used by the Lord who has called him and asked him to be humble in his work and open to better ways of doing things and serve the people. He urged him to sow seeds of evangelism and love among the congregations. 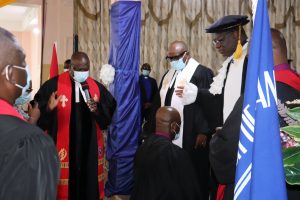 Rev. Fiifi Arkhurst thanked the Akuapem Presbytery for the confidence reposed him, and the out-gone Presbytery Chairperson, Rev Dr. Mante, for his dedication and exemplary leadership, which had made the Presbytery growing from strength to strength. He promised to work hard to strengthen the local Congregations and Districts of the Church in order to win more souls for the Lord.

The 54-year-old Rev Fiifi Arkhurst was born on 21st July, 1967 at Agona Swedru in the Central Region of Ghana. He is was elected as the 12th Chairperson of the Central Presbytery in April this year. 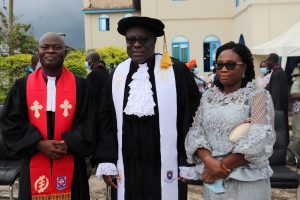 He obtained a Bachelor of Arts Degree in Economics & Sociology from the University of Ghana in 1994. He proceeded to the Trinity Theological Seminary, Legon for his Bachelor of Divinity in 2003 and Master of Theology in 2011.

Rev. Arkhurst was commissioned into the Holy Ministry of the Presbyterian Church of Ghana on 1st June 2003 at the Salvation Congregation, New Achimota in Accra. By dint of character, hard work and experience, he was ordained on 22nd July 2005 at the Trinity Congregation, Takoradi in the Western Presbytery.

After completing his A-Level, Rev. Arkhurst, did a one-year National Service at the Agona Nyakrom Health Post from 1990-1991 as the Internal Auditor. In 1994, after his first degree, he worked at the Salaga District Assembly where he served as the Ag. Budget Officer.

Rev. Arkhurst, later gained employment with the Ghana Education Service and was posted to the Breman Asikuma Secondary School as a Tutor, where he taught for four years from 1996-2000.

Rev. Arkhurst has eighteen (18) years of ministerial experience from three Presbyteries, namely: Kwahu, Volta and Central Presbyteries. He has served the Church in various capacities and this includes:

He has also served as the Director of Ecumenical & Social Relations, Development & Social Services and Church Life and Nurture at the Kwahu, Volta and Akuapem Presbyteries respectively. Until his election, he was the Clerk of Akuapem Presbytery Clerk.

He is married to Mrs. Jennifer Foh Arkhurst, a Teacher by profession. They are blessed with three children, namely: Fiifi Jnr, Prince and Rhoda and they enjoy a vibrant family life.

Presbyterian Church of Ghana employs 3,650 people under its health service 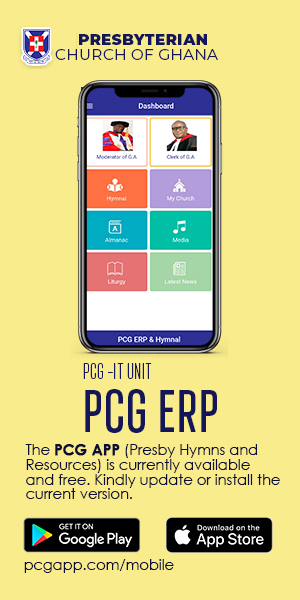